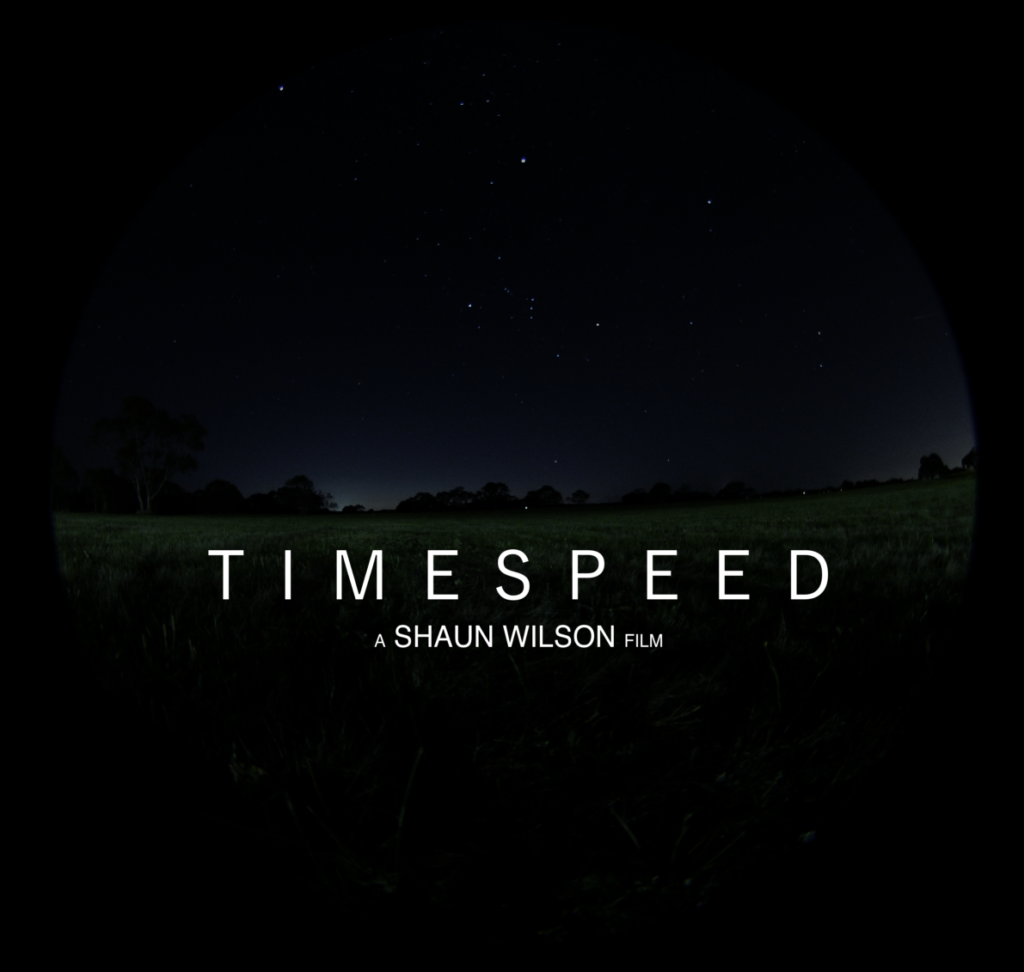 Shaun Wilson presents Timespeed a sequenced timelapse dome artwork filmed in 5K stills using a motion control rig. One of the key aspects of this work is to consider the process of timelapse as first, a narrative device which can establish storytelling into a non linear fashion but second, to invite the viewer to experience what I term a ‘cinematic condition’ of the moving image, that is, the implications of the subject that act as a kind of mediator between the past and the present. Proust engages this notion in his deliberations when he talks about metaphor as such that envelopes the prompting of memory and from this, metonymy as the space drawn from memory which is not unlike the same kinds of effect that Timespeed engages both conceptually, and, of course, visually.

As the viewer moves through the spaces of this work, I have deliberately set up scenes that allow my audience to bring their own memories into the cinematic space to then in turn experience the work not as a stand alone mechanisation but rather as a space they can envelope and intertwine with their own memories. I’m interested in making work that plays out these visual tableaus in a way that engages with the audience yet at the same time, position a platform whereby an audience can bring different types of experiences and accounts to the artwork, making it, as such, an ever changing and temporary experience that is anchored to our own memories and future pasts.

This Project is presented by the RMIT School of Media and Communication Centre for Games Design Research as part of the Design & Play exhibition (29 April – 14 May, 2016).